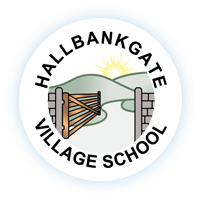 Working with the Haltwhistle Film Project, this film captures our approach to learning here at Hallbankgate Village School and was shown during our Building Learning Power Showcase Day to schools from around the Country in March 2016.

Haltwhistle Film Project has run coding sessions for young people across the North-East and Cumbria for two years under the Raspberry Pi for the Eyes and Ears project banner, and was featured on BBC Radio Four's Futurespeak documentary strand.  The emphasis is on children making creative decisions to drive their coding intentions.  In this work the children coded some music using a programme called Sonic Pi, working on Raspberry Pi computers they put together themselves.  They then made abstract images to match the mood of the music they made. The coding learnt here is fully transferable to other coding environments.

Working with the Haltwhistle Film Project in July 2015, we created this film capturing our knowledge about the Vikings.